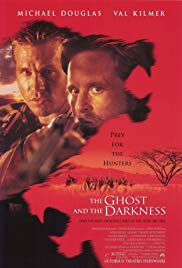 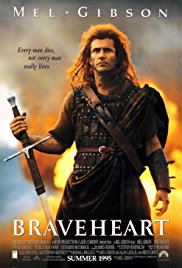 Director: Mel GibsonWriters: Randall WallaceStars: Mel Gibson, Sophie Marceau, Patrick McGoohanSummary: William Wallace is a Scottish rebel who leads an uprising against the cruel English ruler Edward the Longshanks, who wishes to inherit the crown of Scotland for himself. When he was a young boy, William Wallace's father and brother, along with many others, lost their lives trying to free Scotland. Once he loses another of his loved ones, William Wallace begins his long quest to make Scotland free once and for all, along with the assistance of Robert the Bruce. Written by Anonymous

Director: Marc RoccoWriters: Dan GordonStars: Christian Slater, Kevin Bacon, Gary OldmanSummary: Henri Young stole five dollars from a post office and ended up going to prison - to the most famous, or infamous, prison of them all: Alcatraz. He tried to escape, failed, and spent three years and two months in solitary confinement - in a dungeon, with no light, no heat and no toilet. Milton Glenn, the assistant warden, who was given free reign by his duty-shirking superior, was responsible for Young's treatment. Glenn even took a straight razor and hobbled Young for life. After three years and two months, Young was taken out of solitary confinement and put with the rest of the prisoners. Almost immediately, Young took a spoon and stabbed a fellow prisoner in the neck, killing him. Now, Young is on trial for murder, and if he's convicted he'll go to the gas chamber. An eager and idealistic young attorney, James Stamphill, is given this impossible case, and argues before a shocked courtroom that Young had a co-conspirator. The true murderer, he says, was Alcatraz. Written by J. Spurlin 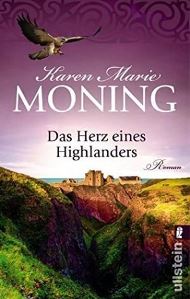